Kimey Pekpo was inside his egg. Lately he had begun to feel very warm and happy indeed. “Momo has been hatching me very nicely,” he thought. 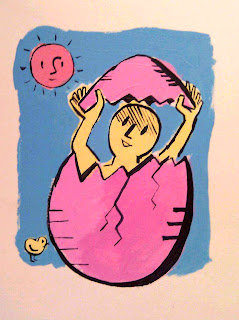