December 15, 2013
Ah I thought, gingerly easing myself from bed into the day ahead. It’s obvious really. What went wrong with Communism is what went wrong with Modernism. It became inextricably joined at the hip with a functionalist morality. Puritanism. This is part of a false dichotomy presented everyday by the presiding left-brain culture - you are either functional or a messy over-indulgence. So with the superscale version of Communism we see a drive to strip away the excess until we are left with what is necessary. Who is fit to say what is necessary? Of course there are echoes of the drive to purify culture of the excesses of the bourgeois that we find in the French revolution. Fragonard painted the Swing just before the Revolution made him an anachronism and the sleek timeless message of classicism replaced the intimate and anecdotal. Commentary of the Swing often focuses on the name of the commissioning patron (?) and the story of how another artist (?) turned down the work thus giving Fragonard an accidental in to making his masterpiece. The classical and therefore “well ordered” masterpiece Poussin's Dance to the Music of Time, on the other hand, is all about timeless universal symbols. Anecdotes are messy and dangerous. In the early part of the 20th Century Communism was aligned with the Avant-garde and the drive for change. An allegiance to the new. It seems only natural then that it fused with the idea of distilling things to their essence. I was thinking of this in light of issues concerning authorship. There seems to be a trend towards imposing anonymity on the artist for the sake of the greater good. As in “superscale” communism the imposer of anonymity becomes known or is already in a position to impose anonymity due to their known-ness. So to recap communism is not anti-anecdotal. Modernist communism is anti-anecdotal but this has been missed due to the instantaneous fusing of functionalism and communism in the caldron of revolution. When Picasso, that well known communist freedom artist, removed the medical student from les Demoiselles D’Avignon, he was effectively removing the anecdotal element thus making the painting self-sufficient. This is the groove we have been stuck in ever since. Who we are, stories, our names they are not anti-communist. In fact they are what save us in a ”psychogeographic” sense from the levelling of culture brought about by symbolic consumerism. And so I would argue that the Communist Gallery is, from where I stand, a place to put the anecdotal back into Communism. This vision of Communism as a ego-free place of anonymous dedication to the cause is and was conceived in the fervour of a Saulian flash of faith in the quantum nature of the universe that arrived with the wide spread awareness of E equalling mc squared. Schrodinger’s cat is so fascinating because it attempts to present this paradox with clarity. It’s the same paradox that Blake spoke of when he described being a spirit in a physical body. So are we talking about classical versus romantic Communism? After all Marx went from being romantic to scientific. This shift I imagine was driven by practicality and conviction not an ideological choice between anecdote and hypothesis. It is a false dichotomy- what we are talking about pre-intellectual awareness of the whole. 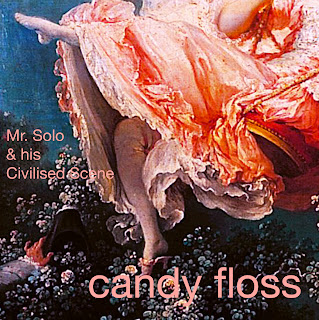